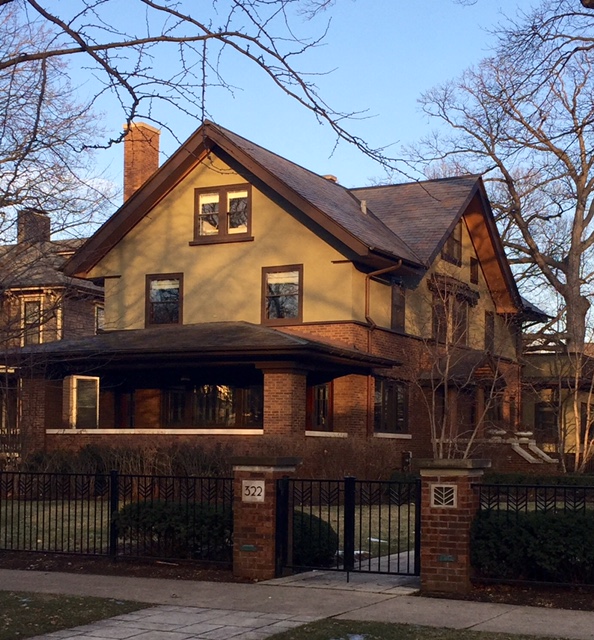 In Oak Park's highest recorded home sale since 2008, a historic, five-bedroom, 4,835-square-foot mansion in that village sold in early January for $1.98 million. Designed by Prairie-style architect E.E. Roberts and known as the Benjamin Porter Horton residence, the three-story house was built in 1913 and sits on a double low with a preservation easement that protects the property from potential development. Recently renovated and upgraded, the house has 4.5 baths, restored art glass windows, a newer roof, smart house technology, original woodwork on the first and second floors, and a finished basement with a gym, sauna and wine cellar.  Outside on the property is a combination three car garage and 1,500-square-foot coach house.

Seller Paul Fisher originally had sought far more for the house, asking $3 million for it when it first came on the market in 2014.  The listing price was reduced to $2.75 million when it was relisted in May after a hiatus, and Fisher cut his price again to $2.495 million in August before a deal was struck last fall.  The sale closed Jan.8th.

The buyer is Elizabeth Hess, a partner at the Kirkland & Ellis law firm in Chicago.  Donna Barnhisel of Gagliardo Realty was the agent representing her in the deal. Barnhisel told Elite Street that neither she nor her client wished to comment on the deal.

The sale is the highest in Oak Park since 2008, when another historic house on the same block - a seven bedroom, Queen Anne-style house that was built in 1893 and designed by the Patton & Fisher architectural firm -- sold for $2.25 million